Egypt began on Saturday the first trial run of its "new Suez canal," officials and state media said, ahead of the formal inauguration of the new shipping route next month.

Dubbed the Suez Canal Axis, the new 72 km project is aimed at speeding up traffic along the existing waterway by reducing the waiting period of vessels, as well as boosting revenues for Egypt.

It will run part of the way along the existing canal that connects the Red Sea to the Mediterranean.

Officials said six vessels in two fleets of three each were scheduled to cross through the expanded canal as part of the first trial run.

The fleet sailing from south to north had vessels flying flags of Singapore, Luxembourg and Bahrain. Those sailing from north to south had flags from Liberia, Singapore and Hong Kong.

The new waterway involves 37 km of dry digging and 35 km of expansion and deepening of the Suez Canal, in a bid to help speed up the movement of vessels.

President Abdel Fattah al-Sisi launched the project in August and set an ambitious target of digging the expanded canal within a year.

A ceremony will be held on August 6 to officially inaugurate the project.

Authorities raised $9 bln to build the new canal by selling shares in the project to domestic investors, with private Egyptian companies tasked with its construction.

Built 146 years ago, the Suez Canal is one of the world's most heavily used shipping lanes and has been a key source of international trade. 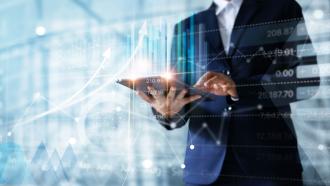